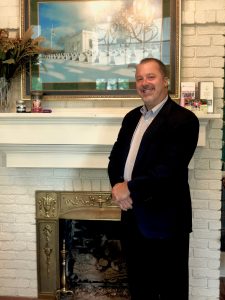 Justin J. Wyatt graduated from Mercer University Law School in 1993. While attending law school he clerked for the United States Attorney’s Office for the Middle District of Florida during the summers of 1991 and 1992. Upon graduation, Mr. Wyatt became an Assistant State Attorney for the Nineteenth Judicial Circuit in Vero Beach, Florida until 1995, when he became an Assistant Public Defender for the Thirteenth Judicial Circuit in Tampa, Florida until 1997. As both a prosecutor and public defender, Mr. Wyatt was lead counsel in over 100 jury trials.

After moving with his family to Georgia in 1997, Mr. Wyatt worked for DeVille, Mihollin & Voyles until 1999 when he decided to start his own firm. In June 1999, he began Justin J. Wyatt & Associates which is located in an historic home just a few blocks from Marietta Square and the Cobb County Courthouse.

Justin met his beautiful wife, Stephanie, when they were both attending law school at Mercer University. The Wyatts live in Dunwoody, GA and have two wonderful children.